Do you have a source of income that the IRS considers to be 'unearned income'? Many Americans' taxes are affected by unearned income over the course of their lives, but they may not know how it actually works. To help you avoid surprise tax bills and trouble with the IRS, here are a few key things to know about unearned income.

While you may feel like unearned income is something that only rich Americans have to worry about, it comes in many shapes and sizes. You may have unearned income if you get a pension, Social Security, gas or oil royalties, alimony, unemployment compensation, an annuity, or interest on an account. Because it's more pervasive than many people realize, you'll do well to keep an eye out for it so you can plan ahead for taxes.

3. Unearned Income May Be Taxed Differently

While most unearned income is taxed similarly to your earned income, some of it does vary. Investments that are held for more than one year are often taxed as capital gains (rather than regular income), which may mean a lower tax rate for these earnings than your regular earnings. Similarly, Social Security may not be taxed at all depending on other sources of income.

4. Unearned Income May Not Count

5. Unearned Income Can Be Advantageous

Unearned income doesn't always result in a negative effect. For example, because long-term investments are taxed at a lower rate, they are part of a tax strategy to lower your effective tax bill. The simple act of selling assets that are more than one year old versus those that are less than one year old could reduce your taxes significantly. And some rental enterprises qualify as unearned income, creating a low-tax revenue stream for years.

Whether you face an unexpected influx of unearned income or you want to improve your tax strategy, the best place to begin is to meet with a tax preparation service or accountant in your state. Together, you can ensure that your unearned income minimizes taxes and maximizes potential. 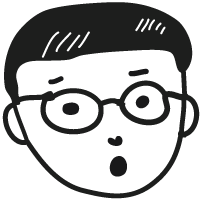 My name is Michael Winters and if you own a business and you don't have an accountant, you should read my blog. I didn't realize the importance of an accountant until my sister opened up a small business. She told me that she was going to hire an accountant and I wanted to know why. My sister explained why the duties of an accountant are essential for running a business. She explained that hiring an accountant was necessary for many things including getting a business started, for budgeting and to handle tax audits. After speaking with my sister, I did some research on my own to learn more about this type of job and the duties of accountants. After learning about the important role they play in a business, I wanted to share the information in a blog.

5 Ways Your Small Business Can Benefit By Having A Professional Accountant
25 January 2023
No business is too small to benefit from having a professional accountant. This isn't just about keeping costs down and managing the budget but rather …

3 Ways Small Business Bookkeeping Will Minimize Your Enterprise's Struggles
6 December 2022
Every business has to keep track of its finances to stay afloat and create profits. Many small enterprises struggle with this aspect because they have …

5 Reasons Retail Stores Should Outsource Their Accounting
4 October 2022
The term "accounting" can mean different things to different people. For some, it may present the image of a busy accountant working on a laptop at a …